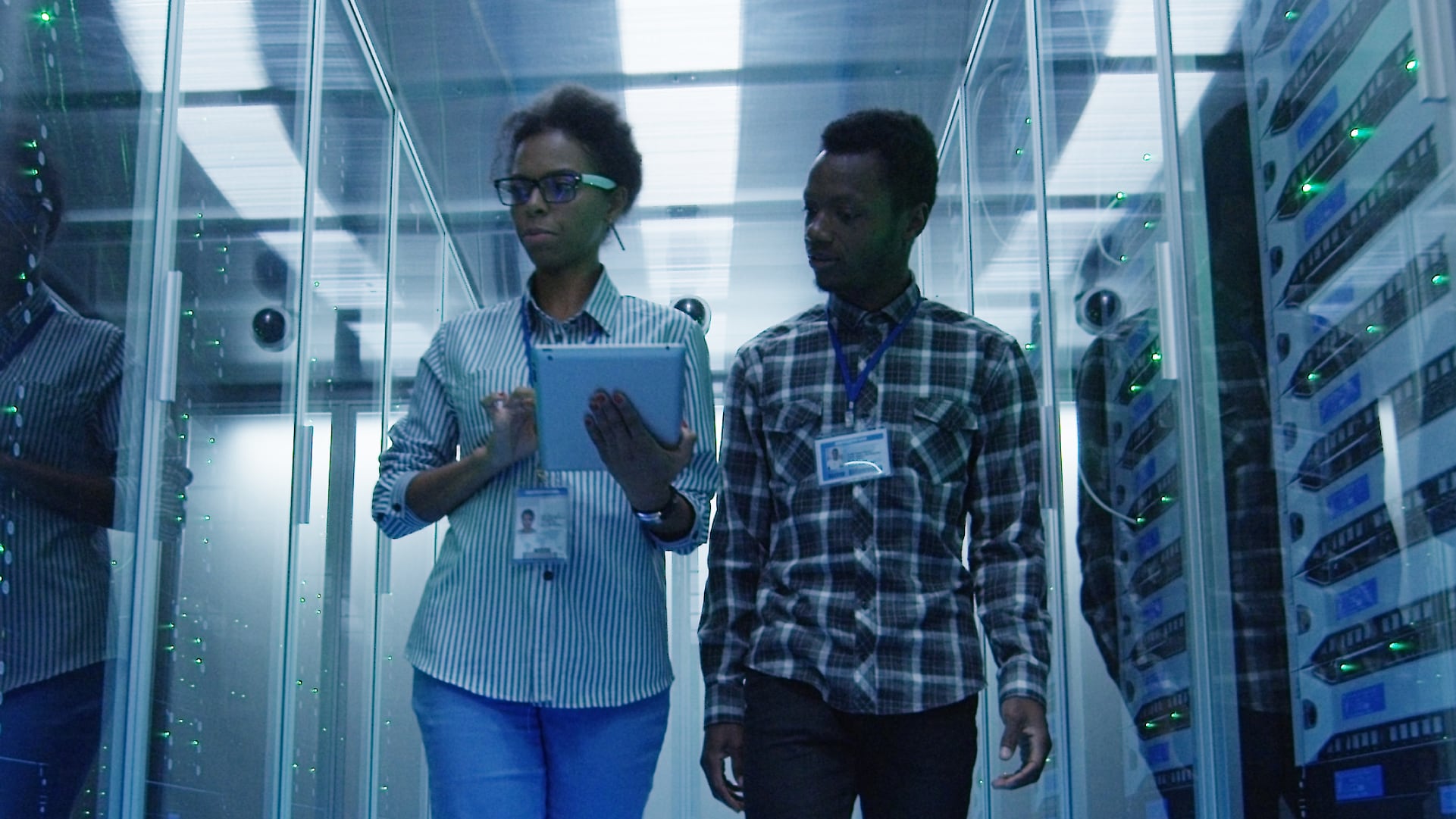 InfiniBandTM has been on the market for more than two decades. Now that there have been new developments in 200G/400G link speeds, it’s worth taking a fresh look at InfiniBand.

Which applications does InfiniBand support?

HPC clusters typically have many servers (often called “nodes”) and, in general, most of these nodes would be configured identically. The cluster may look like a single computer from the outside; however, its inside architecture is very complex.

While the terms of HPC “clustering” and “supercomputing” are often interchangeable, HPC is utilized to perform large scale of computing or data processing workloads.

IB continues to power supercomputing applications. IBTA reported that 200 gigabit per second high data rate (HDR) InfiniBand accelerates 31% of the new IB systems on the top 500 supercomputer list at the end of 2019. And InfiniBand powered 46 of the top 100 supercomputers on that list.

What are InfiniBand hardware subsystems?

IB network subsystems are listed along with Ethernet for a quick reference purpose. Although they are architecturally similar, InfiniBand and Ethernet are different technologies.

What is defined in the InfiniBand Physical layer?

IB specifies link widths and the signaling rate for encoded data on the media at the physical layer. InfiniBand’s link widths have the options of 1x, 2x, 4x, 8x and 12x. The data rate (for example: HDR, EDR, etc.) spreads from the legacy 2.5 Gb/s to the most recent 100 Gb/s.

It’s worth reiterating that IB data rate names represent the speed of individual lane, not the aggregated effective link bandwidth.

Although InfiniBand specifies multiple link widths, the following table only lists the predominant one 4x for simplicity. 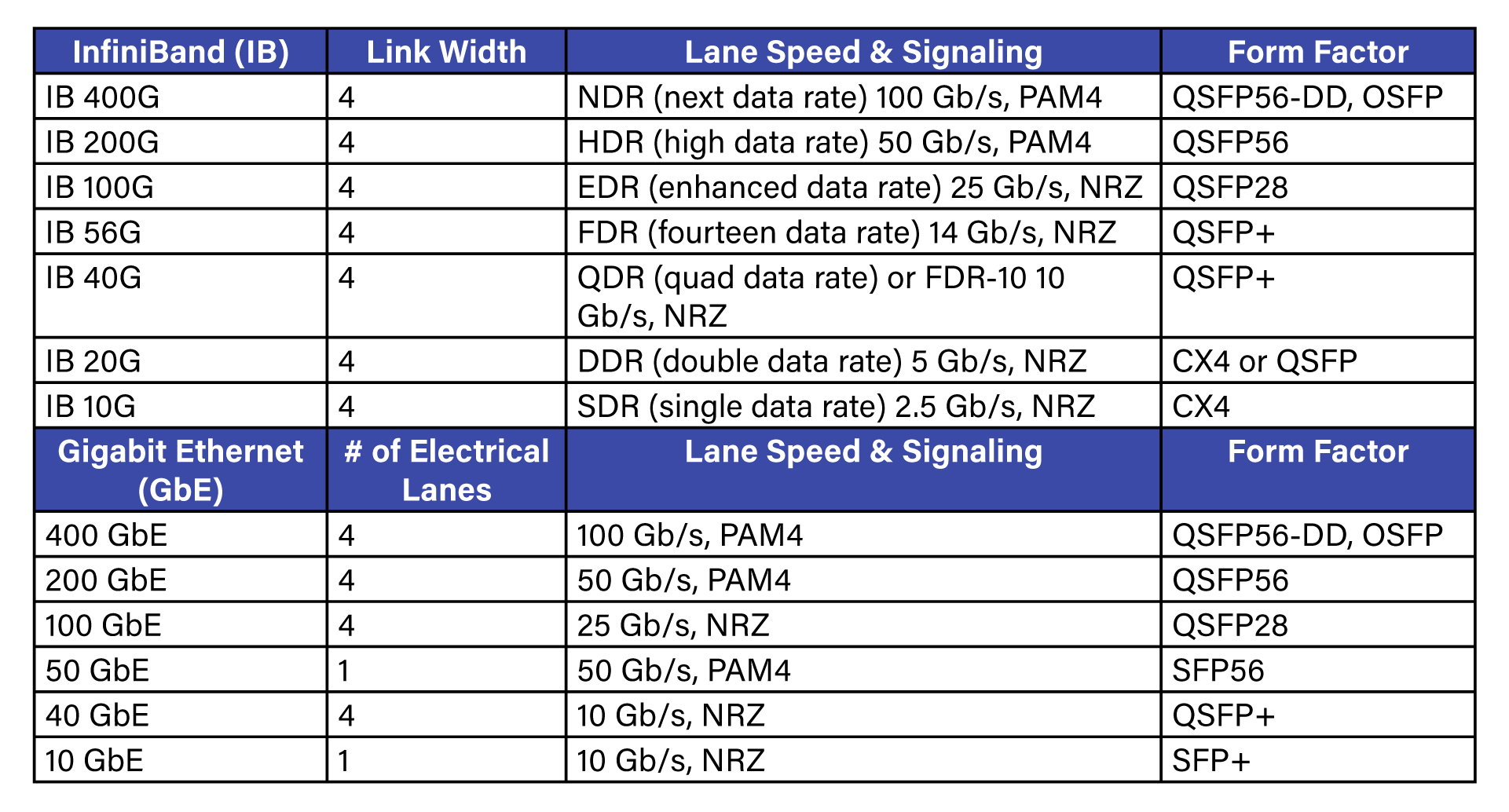 How are InfiniBand networks deployed?

The InfiniBand-based networking fabric typically is deployed in data centers. IB switches can be placed at the top of the server rack (ToR) or the end of the server cabinet row (EoR) -- like Ethernet switches.

In the ToR deployment, InfiniBand Direct Attach Cables (DACs) can be a good choice for connecting the IB ToR switch to the host channel adapter (HCA) installed in the node (server or storage).

In the EoR deployment, InfiniBand Active Optical Cables (AOCs) can be a good choice to connect the IB EoR switch to the node or server.

Call your Approved Networks representative to see how we can help you with your next InfiniBand project.