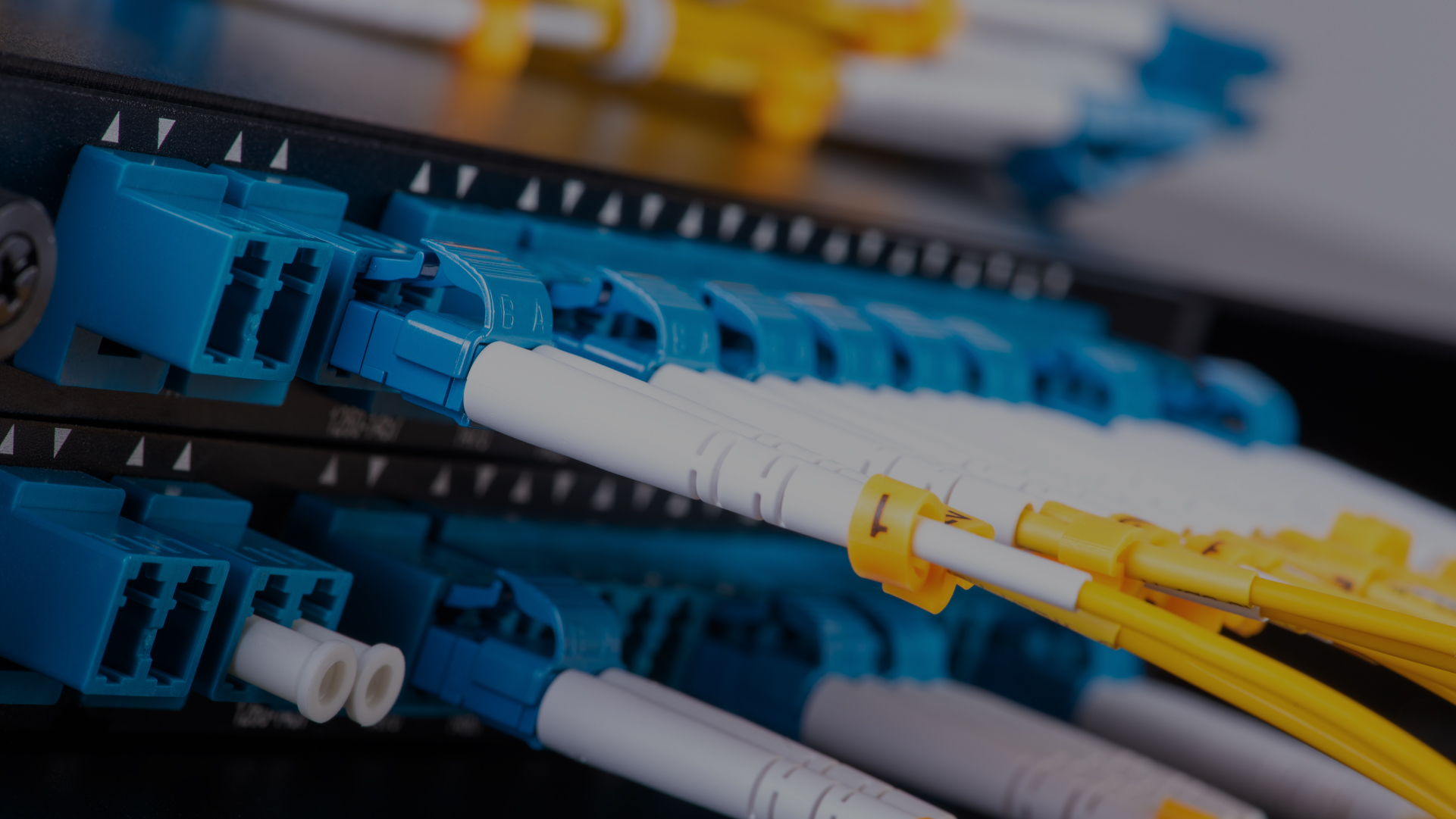 For years now service providers have been using Coarse Wavelength Division Multiplexing (CWDM) to increase the capacity of fiber optic links. CWDM filters offer up to 18 ITU defined wavelengths and has been an ideal way to transport 1Gbps and 10Gbps circuits over a single fiber span. What we are seeing now seems to be an uphill climb for CWDM applications. There seems to be an exponential bandwidth growth requirement, and a decreased support for CWDM from some equipment manufacturers. With CWDM support from manufacturers dwindling and the need for capacity increasing at an exponential rate the question becomes how do we increase the capacity without forklifting the existing CWDM? One answer can be using DWDM over the existing CWDM.

Because CWDM is built with channels that are spaced 20nm apart and often have a 10-13nm passband (see Figure 1 above) per wavelength DWDM makes a lot of sense. DWDM filters are built with much smaller channel spacing (.4nm/.8nm/1.6nm) so these wavelengths can be combined and will pass through the ~13nm passband of CWDM channel. For this example, we will focus on standard DWDM filter channels that are in the C-Band (1525nm-1565nm) spectrum and 100Ghz spaced as this is the most common and supported DWDM application. If it is warranted this same principle can be applied using DWDM channels in the L-Band (1570nm-1610nm) as well as using channels that are only 50Ghz spaced to increase channel count and density and easily supported with tunable SFP+ optics.

Figure 2 Below shows how cascading DWDM filters over an existing CWDM span would connect. In this example we use a standard, off the shelf, DWDM filter that is equipped with 8 channels (ITU Ch 52-59). 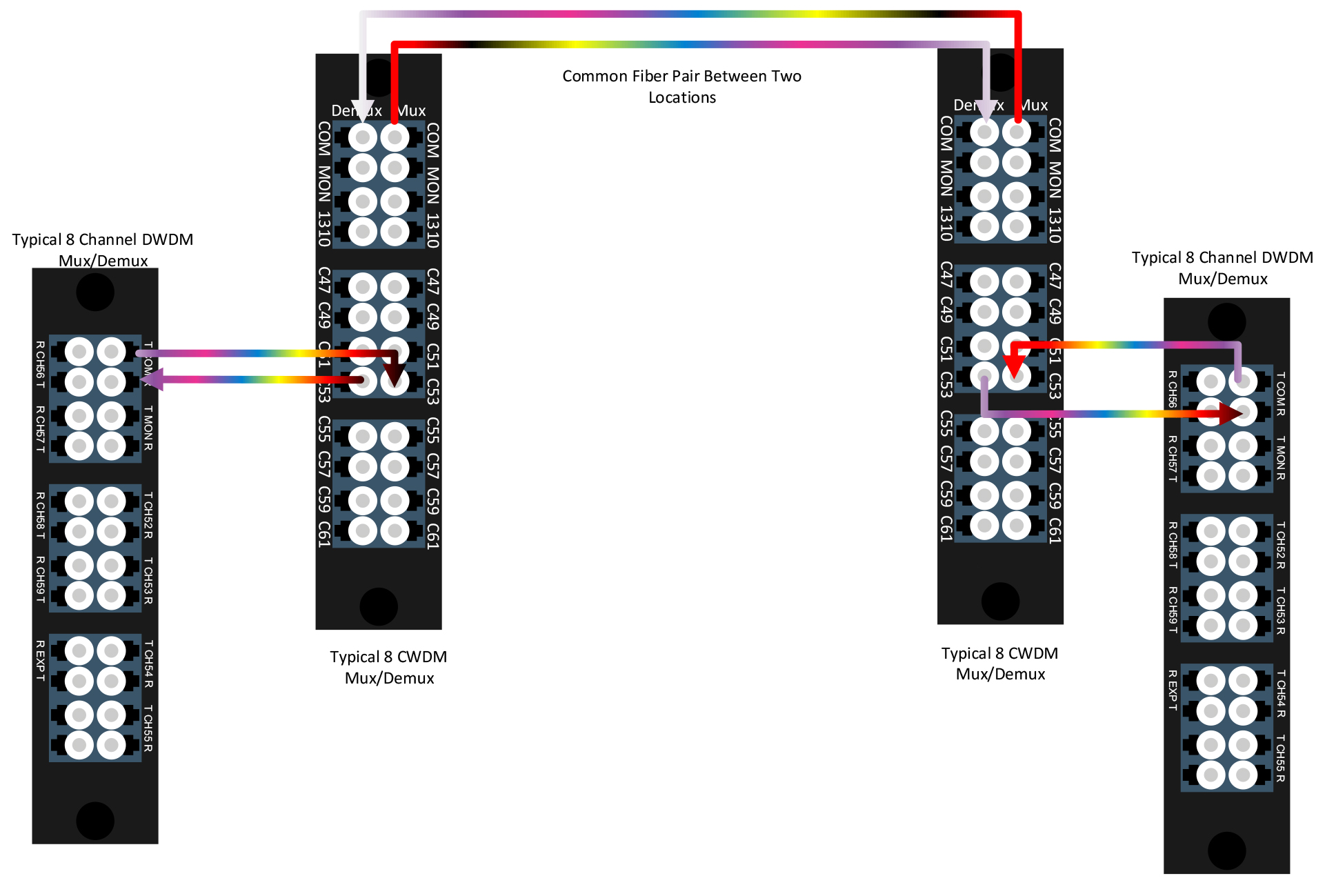 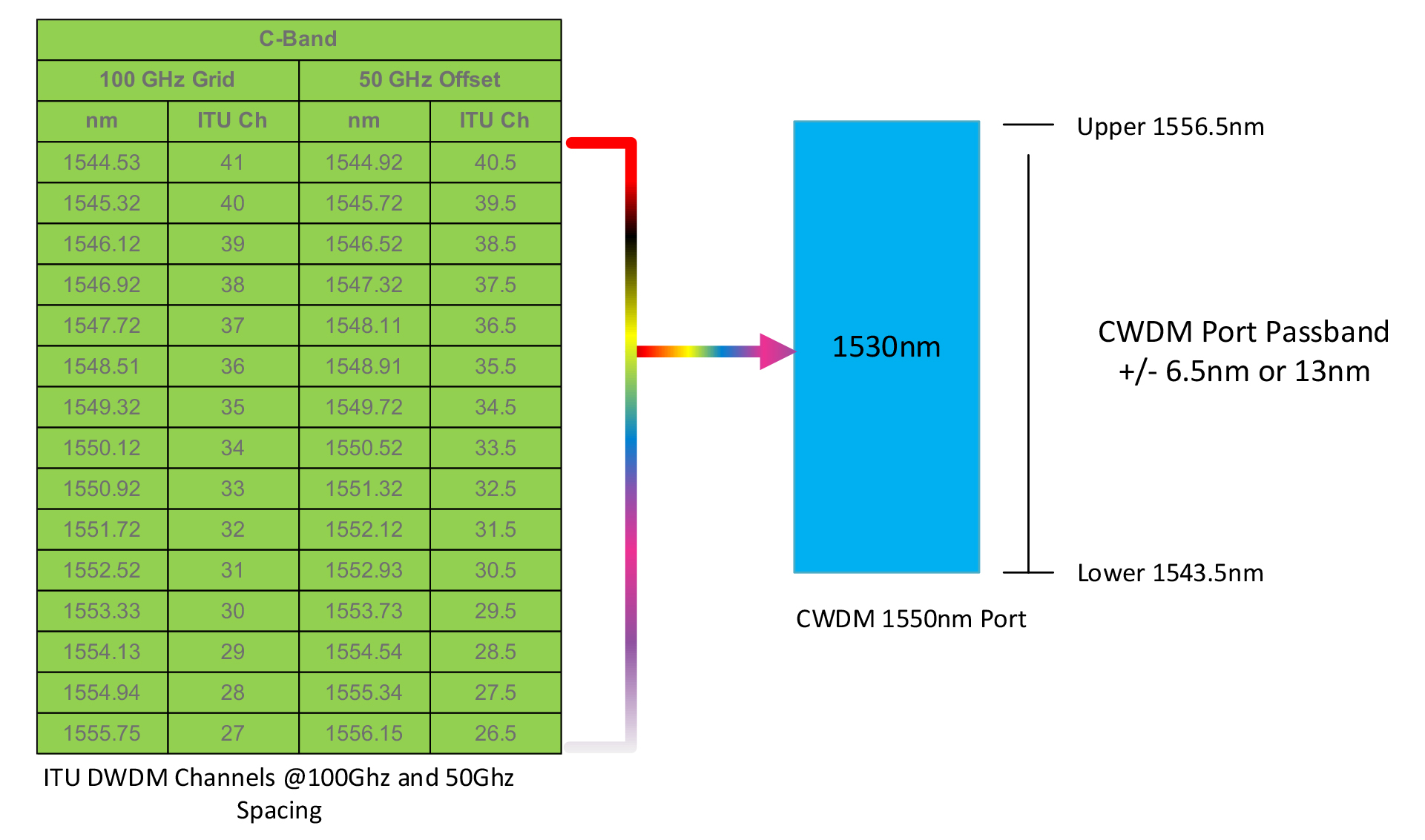 Now that we know a standard 8 Channel CWDM can be expanded to include another 50 channels you may be thinking “what are the potential downsides to using DWDM over CWDM?” and that would be a very good question to ask. This concept has been available for many years and hasn’t become part of the mainstream deployment strategy for many network operators. So why not? The only limitation to using this concept from a performance standpoint is the added insertion loss of having both the CWDM and DWDM filters between the transceivers. Figure 5 below shows the logical end-to-end for 8 channels of DWDM over an existing CWDM connecting two sites 30km apart. To keep losses lower we will limit the new channels being added to 8 DWDM channels. Understanding that 10G DWDM optics have an over all power budget of 23db we can see that adding the DWDM filters brings the overall link loss to 21.5db which falls just inside the power budget.

Because DWDM optics are built for longer reaches with higher power budgets, and CWDM is often used on shorter fiber spans, say under 30km, the insertion loss should be a non-issue. And if the loss is an issue, DWDM channels can be amplified unlike CWDM so placing a low cost EDFA between the CWDM and DWDM filters could helps extend the reach well beyond even 30km.

Reluctance to this concept also seems to come from, not fully understanding the simplicity of passive WDM or even how to manage the engineering, installation, records, and inventory for having both technologies within the same span. If those challenges can be overcome overlaying DWDM onto your existing CWDM can be a very efficient and cost-effective way to respond to the exponential need for bandwidth we are facing in today’s technology.

For network operators and service providers who have made a significant investment in CWDM and facing the need for bandwidth growth this concept should be considered. Passive DWDM filters can be deployed quickly without impacting existing traffic, are a very low-cost alternative to complex active systems, and can equip your network for the future in very short order. Add the operational efficiency of 10G tunable DWDM optics and this could be a home run for your network. Here at Approved Networks a brand of Legrand we specialize in finding the “right sized” solution for your networking needs. Let us show you how we can help.