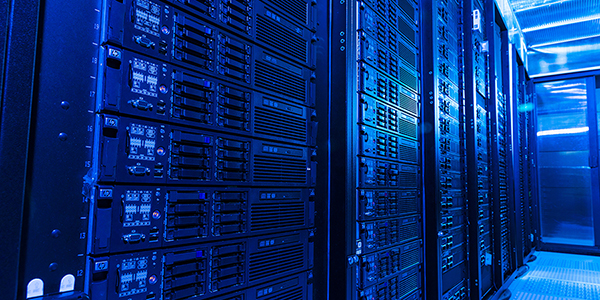 When discussing optical transceivers (especially 100G), we are often asked about the two different types of laser technology: DML and EML. This article will discuss the differences between these two technologies and how important the distinction between them is.

What Do They Mean?

DML refers to a Directly Modulated Laser diode. This laser is sometimes referred to as Distributed Feedback (DFB) due to its structure. A DML features a single chip with a simple electrical circuit, making it ideal for circuit designs that require a small footprint and low power consumption. It places information on the optical beam by modulating an on/off electrical input generated by a driver IC. This is then directly applied to the laser diode, which generates the modulated optical signal output.

EML refers to an Electro-absorption Modulated Laser. This design integrates a laser diode (structurally similar to a DML diode) with an Electro-absorption Modulator (EAM) in a single chip. The laser diode operates under a Continuous Wave (CW) condition, and on/off signals are applied to the EAM section to generate optical output. This design features lower chromatic dispersion, so it is better suited to higher data rate transmission over longer distances.

When are They Used? 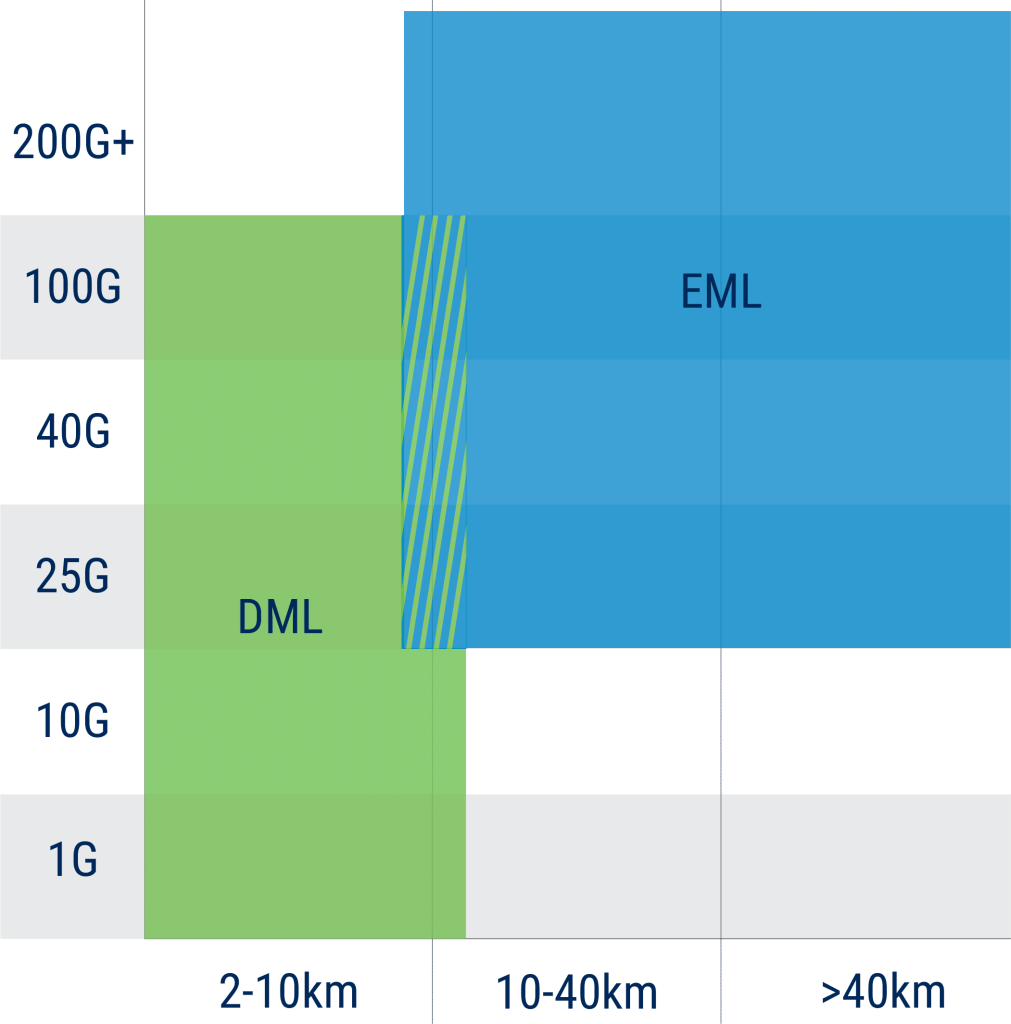 Which one do I choose?

As the graph shows, you will not have to choose most applications. The technical limitations of DMLs restrict their use to 10km or less. On the other hand, EMLs’ relatively higher cost makes their use economically infeasible for 1G and 10G data rates with distances under 10km. However, the demand for EML lasers at 400G and 100G single lambda applications may decrease the cost differential moving forward. The only meaningful overlap occurs between 25G and 100G at 10km. Here is how this two stack up across several key parameters regarding these applications:

Despite slight differences in cost and performance, this is not a significant disparity for most applications on a day-to-day operational level. Both laser technologies are fully interoperable with one another.