Question: What is a Small Cell?

The term “Small Cell” refers to Small Cell Antennas vs. the dedicated free-standing towers with many antennas attached. It’s easy to make a joke and say a Small Cell is smaller than a Big Cell. Or Big Cells are larger than Small Cells. I’m not trying to be “Captain Obvious”, but it is the short answer. Small Cells offer much more flexible deployment strategies because they are used where you can’t use the large stuff.

Small Cells also use much lower power and cover much smaller ranges to provide a more focused service to a specific local area. 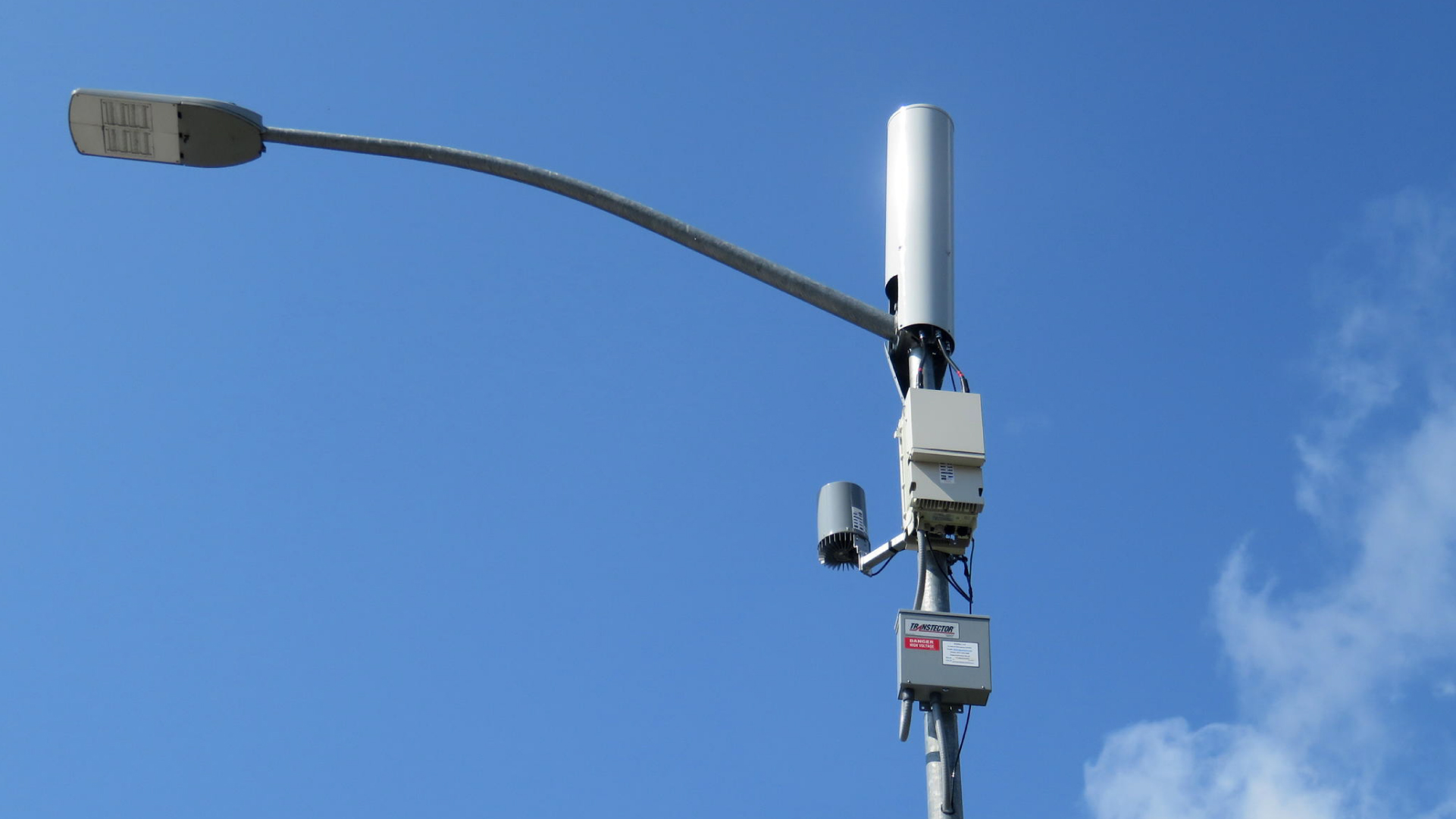 There are sometimes problems with the blocking of signals by buildings and such – and since people generally don’t want large, ugly cell towers in their backyard – Small Cells can be part of the solution instead of part of the problem. They can be installed on existing light poles, the side of a building or on traffic signals and have small low-powered integrated radios for small geographic areas.

As a consumer, you are wondering “What does this mean for me?”

When you place a Small Cell on a pole and folks who were only getting one or two bars on their cell phones can now get four or five. Even with the bars maxed out (so to speak) calls can be dropped, or streams interrupted because there are just too many people trying to access the same data stream.

Put in an Edge Data Center, add some Small Cells here and there, and the problems of latency and coverage can be alleviated. A couple of years ago, the federal government opened up the Citizens Broadband Radio Service (CBRS) to wireless carriers to help deploy 5G mobile networks without having to add more spectrum licenses. CBRS can be deployed, for example, to specific buildings using – you guessed it – Small Cells.

And since Small Cells are also helpful in private networks, they can be deployed in something like a shipyard where RFID is used on containers. And they can fill the gaps needed for bandwidth in tight spaces or small areas where coverage is required.

Small Cells may be more evolutionary than revolutionary, but they have become an important part of the design and buildouts for networks in the neighborhood.